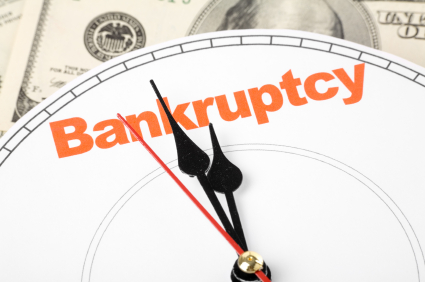 After months of struggling to find its footing in the midst of a bankruptcy crisis, Powerwave Technologies Inc. is finally throwing in the towel.

According to Dow Jones, a bankruptcy judge endorsed Powerwave’s decision to file for Chapter 7 bankruptcy instead of Chapter 11 last Monday.

When businesses file for federal protection under Chapter 11, they can remain operational as a debtor in possession, which is subject to the oversight and jurisdiction of the court.

Alternatively under Chapter 7, businesses must cease operations and a trustee sells all of its assets. The proceeds made through liquidation are then distributes the creditors. Any residual amount is returned to the owners of the company.

For Powerwave’s loyal consumer base, this is a sad end for a company just shy of its 30th anniversary. It had been trying to emerge from a Chapter 11 since filing in January of this year.

In light of continued monetary woes, the Gores Group affiliate took more than $8 million from Powerwave bank accounts Feb. 28, according to court papers.

Even with the Gores Group bailout, Powerwave has been unable to bounce back. Despite implementing various cost-saving initiatives, it owed a whopping $256 million in debt.

As of today, Powerwave parts are found in most major wireless networks.

Considering the sheer number of those dependent on Powerwave hardware, news of liquidation should naturally push the market into a frenzy, right?

According to telecommunication equipment distributor Launch 3 Telecom, Powerwave will live on through the hands of others.

“Many companies rely on Powerwave equipment and, if given the option, will still repurchase products even after liquidation,” David Zoldan, president of Launch 3 Telecom, said. “As these parts become obsolete, carriers can turn to distribution companies like Launch 3 for Powerwave parts.”

To inquire about Powerwave equipment, contact Launch 3 Telecom for a quote today.