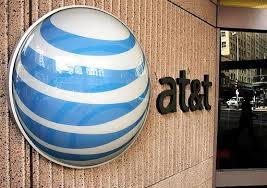 The mobile carriers seem to never get enough spectrum. AT&T’s newest acquisition of wireless spectrum comes from the East Kentucky Network in the form of 3 lower 700 MHz C-block licenses. This will expand AT&T’s coverage throughout states that include Kentucky, Ohio, and West Virginia.

AT&T has mostly completed its LTE buildout, however, they continue to grow upon their network. A major reason for carriers like AT&T acquiring spectrum has been to close gaps in their network coverage. Addressing new areas can help to increase capacity, enhance existing services, and roll out new products.

This agreement comes on the heels of another AT&T purchase with Cellular Properties. This transaction resulted in the acquisition of 2 Cellular A Block licenses along with Point-to-Point Microwave licenses. This deal will give AT&T control over 101-173 MHz of spectrum.

As it stands now, AT&T will now have grown to cover 308 million POPs with LTE. They are growing their presence to unchartered territory with the hope of continued success. They have given every indication that they will continue to pursue more spectrum opportunities. Other mobile carriers are also following this same pattern of buying up spectrum in locations where they do not have a presence.

Launch 3 Telecom is a distributor of wireless infrastructure equipment that is used by all of the major carriers. We supply antennas, TMAs, diplexers, and so much more. For more information on our equipment and services, contact Launch 3 Telecom at 877-878-9134 or email sales@launch3.net.